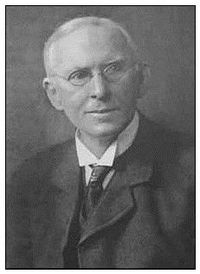 Sir Bertram Coghill Alan Windle, M.A., M.D., Sc.D., Ph.D., L.L.D., F.R.S., F.S.A., M.I.R.A., K.S.G., (May 8, 1858 - February 14, 1929) was a British anatomist, administrator, archaeologist, scientist, educationalist and writer. He was born at Mayfield Vicarage, in Staffordshire, where his father, the Reverend Samuel Allen Windle, a Church of England clergyman, was vicar. He attended Trinity College, where he graduated B.A. in 1879. He also served as Librarian of the University Philosophical Society in the 1877-78 session. Later he became a Fellow of the Royal Society. He died in 1929 aged 71.

His historical works were considered by many contemporary reviewers to be full of errors and contradictions. Of his "Romans in Britain" one reviewer wrote as follows, accusing Windle of being less than original, and out of date: