St Mary on the Hill 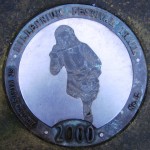 This structure is on the Millennium festival trail.

The church appears to have been commissioned around 1350 to serve the needs of the garrison and staff at Chester Castle, although there may have been an earlier Norman church on the site as there are references to it being granted to the abbey by Ranulph De Gernon, Earl of Chester 1128-53. The part of the parish inside the walls was very small, but outside there were extensive detached parts, comprising in the south Handbridge and the townships of Claverton and Marlston cum Lache, and in the north Upton by Chester and Little Mollington. It ceased to be a working church in 1972 is now an education and exhibition venue but formally remains consecrated. The south east chapel dates from around 1443 and was owned by the Earl of Shrewsbury, while the nave arcades, and clerestory date from around 1500. After the dissolution the church was seized from the dean and chapter by Sir Richard Cotton, who sold it to the Brereton family. Thence the patronage passed through the Wilbrahams and Hills to the Westminster family. It was badly damaged in the Civil War, suffering a major collapse in 1661 and having a rebuild in 1693. During the Jacobite uprising of 1745 the upper portion of the tower was removed, most likely to prevent it being used as a possible sniper position should Chester Castle be attacked. James Harrison remodeled much of the church in 1861-62, and it was further altered by John Pollard Seddon in 1890-92. During this later renovation the north porch was rebuilt in memory of Randle Holme III. The Reverend William Henry Massie (died 1856) was a founder member of the Chester Archaeological Society.

The roof is supposed to have come originally from Basingwerk Abbey, (Flint) after its dissolution in 1535, for in the churchwardens’ accounts under the date 1536, it is noted that:

The roof at St Mary’s Church, Cilcain is said to come from the same source. The Abbey, in its Church and other buildings, would have several roofs or ceilings suitable for removal to other Churches, so that the two statements are not necessarily contradictory. The Chester roof was not specially constructed for its present position, and was evidently once used for a longer building, as is shown by the fact that the principal beams at the east and the west are elaborately carved on the inner surface adjacent the chancel and tower arches. 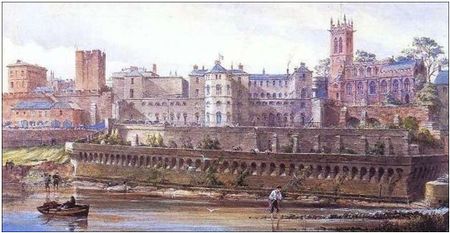 A painting of Napier House, the Agricola Tower, the Prison and St Mary on the Hill from Louise Rayner.

Seacome (writing in 1828) describes it as follows: 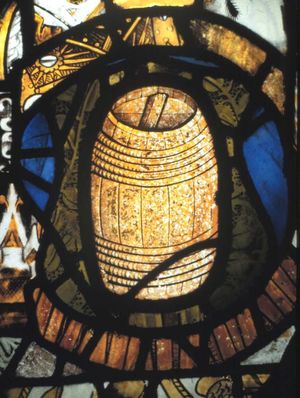 "Canting" Stained Glass fragment from St Mary on the Hill with a "briar" and a "tun" for Brereton.

The church is the subject of a detailed history by J. P. Earwaker. Earwaker's book was published postumously in 1898 and edited by Rupert Morris, who included many of Earwaker's jottings as footnotes in putting togther the final text. Consequently, this book may well contain some errors.