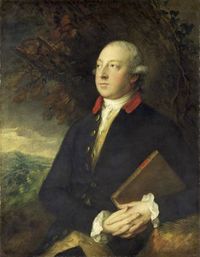 Thomas Pennant (14 June OS 1726 – 16 December 1798) was a Welsh naturalist, traveller, writer and antiquarian. He was born and lived his whole life at his family estate, Downing Hall near Whitford, Flintshire in Wales. As a naturalist he had a great curiosity, observing the geography, geology, plants, animals, birds, reptiles, amphibians and fish around him and recording what he saw and heard about. He wrote acclaimed books including British Zoology, the History of Quadrupeds, Arctic and Indian Zoology, although he never travelled further afield than continental Europe. He knew and maintained correspondence with many of the scientific figures of his day, including Hoole balloonist Thomas Baldwin. His books influenced the writings of Samuel Johnson. As an antiquarian, he amassed a considerable collection of art and other works, largely selected for their scientific interest.

In 1782, Pennant published his "Journey from Chester to London". Many of his travels took him to places that were little known to the British public and the travelogues he produced, accompanied by painted and engraved colour plates, were much appreciated. Each tour started at his home and related in detail the route, the scenery, the habits and activities of the people he met, their customs and superstitions and the wildlife he saw or heard about. He travelled on horseback accompanied by his servant, Moses Griffiths, who skillfully sketched the things they encountered. Pennant made various excursions in North Wales. As with his other tours, he started from Downing. Almost one hundred pages in the first volume that he subsequently wrote were about the ancient city of Chester.