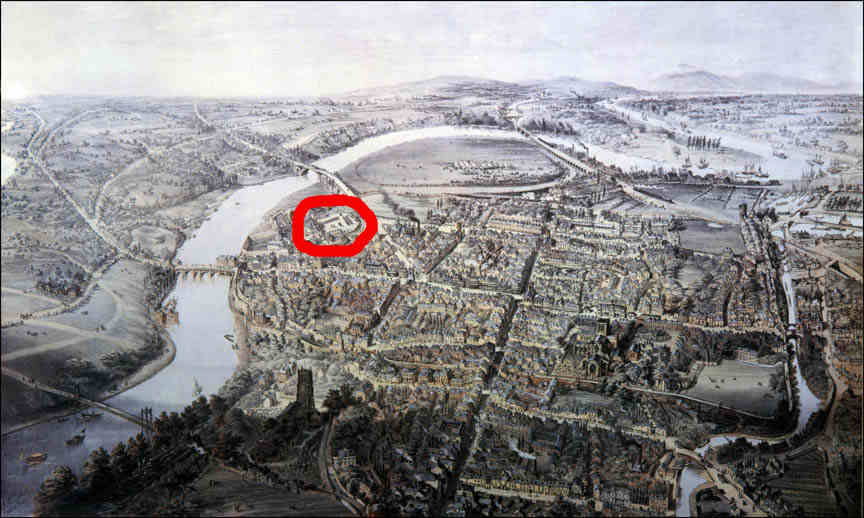 A view of Chester from a balloon : for the weather..

A panorama of Harrison's. modification of the Outer Bailey of Chester Castle. The Agricola Tower can be seen behind the buildings on the right but the gate leading to it is now kept locked. The Military Museum is in the building to the left.

Chester's Military Museum is particularly concerned with the Cheshire Regiment, the Cheshire Yeomanry, the 3rd Carabiniers, the 5th Royal Iniskilling Dragoon Guards and the Eaton Hall Officer Cadet School. However, the impressive and extensive collection of weapons, medals, banners and other artefacts should interest anyone whether they have an interest in military history or just history in general - after all, soldiers are people too. Wandering round the exhibits you almost expect to find a Roman centurion chatting with redcoat or a squaddie about how things haven't really changed.

The Regimental Museum was initially housed in the ground floor of Agricola’s Tower, opening in the early 1920s. It moved to its present location in “A Block” in 1968, opening to the public soon after. The chapel of St Mary de Castro was reconverted and became the private chapel of the Cheshire Regiment in 1922.

There is an introductory section to the museum which explains the structure of the army and gives some information on how Chester became and developed as a military base. This section houses an impressive selection of medals. Of course, many of the more valuable ones (including two VC's) have been replaced with replica's. Further into the museum you find out how some of these were won. The medals include the Victoria Cross awarded to T A Jones for his amazing single handed capture of 102 of the enemy in WW1. He was affectionately known locally as 'Todger' Jones and while he never married, he is said to have many descendants in the area.

Leaving the introductory section, the museum is laid out chronologically, with significant collections concerning India, WW1 and WW2. The museum isn't plugging some gung-ho idea of the military but rather telling the story of boys who went away (and sometimes came back). One interesting display recounts the well-known story of how when Napier had captured the Indian state of Sindh, he sent the famous message "Peccavi" ("I have sinned") as an improvised code. In fact he never sent the message and the museum tells the real story of how this urban myth was created. That it is apocryphal is truly fascinating given that Napier was under explicit instructions that he was not to attack Hyderabad, Sind's capital - by attacking, he had sinned. Napier was stationed at Chester Castle from 1840 due to the possibility of Chartist riots.

So, if you catch the drift, this is a museum where one needs to look for the understated, where you could walk past something without noticing it's significance. The best example of this is a pen, used to sign the Japanese surrender in WW2 and given to General Percival. Lt. Gen. Percival had surrendered at Singapore to General Yamashita in 1942 and spent the next few years in a POW camp. Prior to the signing of the Japanese surrender her was brought to the USS Missouri on the express orders of the US CIC Douglas McArthur to witness the signing of the Japanese surrender - and then presented with one of the pens. There it is: after Hiroshima, after Nagasaki, just a pen. 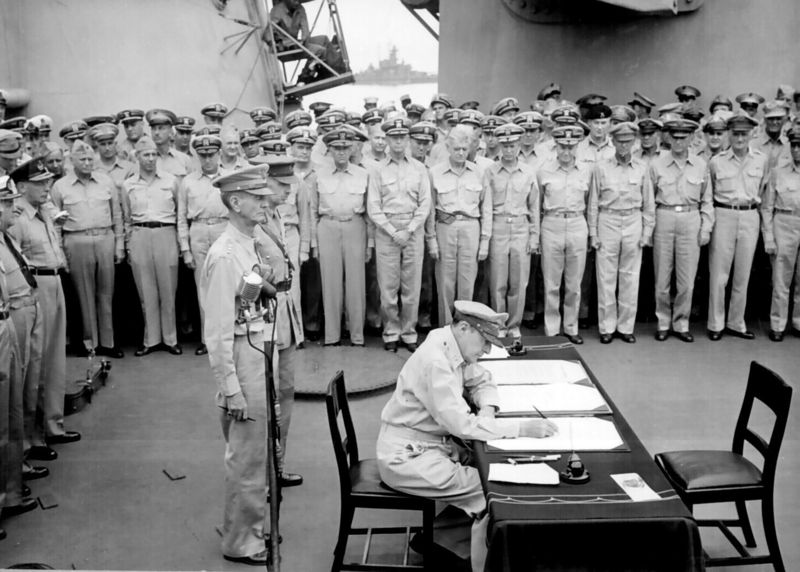 Next to the Military Museum in Castle Street is the Military gaol or Provost Building. Dated on two rainwater heads GIIIR 1810. By Thomas Harrison of Chester. Some years ago a part of the yard surface collapsed revealing what was believed to be an old well. The well is shown on old maps as being located in the gatehouse of the castle, and it was in this very same gatehouse that Richard II was believed to have been imprisoned after his surrender at Flint.