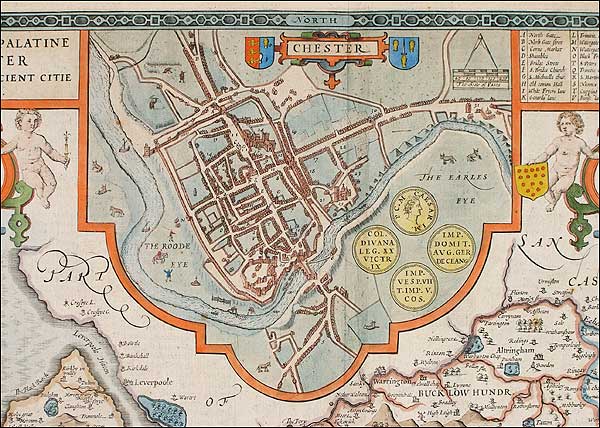 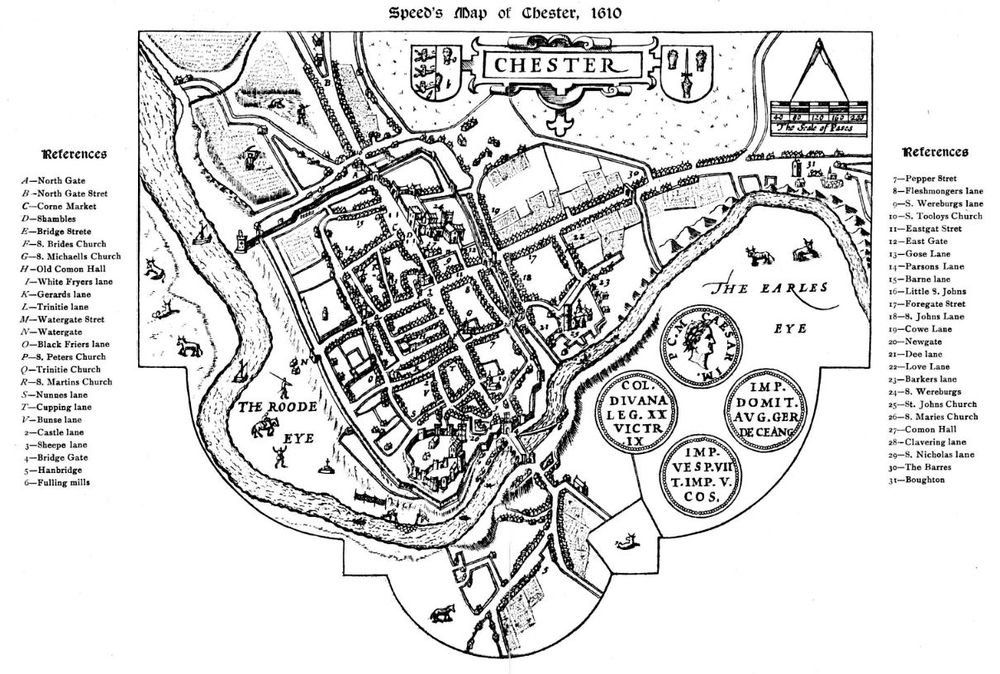 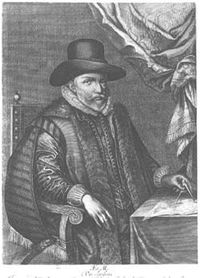 John Speed's map of 1610 shows some changes since Smith's Map. There is now a considerable tract of land between the City Walls and the River Dee. Brown's Lane in Handbridge appears for the first time. The central water-lifting tower on the Bridgegate has also appeared, having been built in 1600. Stone Bridge on Flookersbrook (over Bache Brook) can also be seen. Speed himself describes Chester as follows:

John Speed's map of Chester dates from 1610. Speed was born at Farndon, near Chester in 1552, and went into his father's tailoring business. While working in London, his knowledge of history led him into learned circles and he joined the Society of Antiquaries where his interests came to the attention of Sir Fulke Greville, who subsequently made him an allowance to enable him to devote his whole attention to research. As a reward for his earlier efforts, Queen Elizabeth granted Speed the use of a room in the Custom House. John Speed is considered the most famous of all English map-makers. He was the author of the most important, and prestigious atlas of his day, and his maps still find favour today, with collectors from all over the world. Speed is best known today for two atlases, the "Theatre of the Empire of Great Britaine", published in 1612, and the "Prospect of the Most Famous Parts of the World", published in 1627. The latter is attributed to Speed in the title, although it is not certain how large a contribution he actually made.